For many years, people have asked us: "Who is the island named after?" We didn't really know! Just that it was someone named "Sweers" who worked for the Dutch United East India Company (VOC). But in October 2004 we made contact with his descendants in Norway and the Netherlands, and together we have written a book which tells the story of Salomon Sweers and the places named after him.

Dutch-born Salomon Sweers was a member of the Council of Batavia who signed the orders for Abel Tasman to explore the mysterious southern lands we now call Australia. The launch of the book coincided with the 400th Anniversary of Dutch discovery of Australia in 2006, when many events were held around the country to highlight the fact that the Dutch had put Australia on the map long before Captain Cook was even born! And although Salomon Sweers had his name on several parts of the map, our little island is the only place that still carries his name. 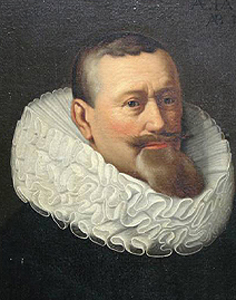 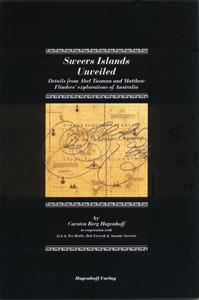 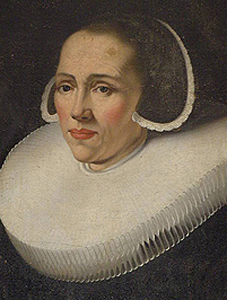 On the left is Salomon's father, Arent, who was Governor of the town of Nijmegen.
On the right is his mother, Aeltje Sweers.

As well as giving a good overview of early exploration of Australia, and life as a member of the VOC, this book also focuses on one of Australia's greatest treasures - the Bonaparte Tasman Map.
Our research has shown that for this part of the coastline, at least, the map is much more accurate and perhaps even older than was previously thought. "It is a splendid example of a good local study illuminating the wider picture," says Paul Brunton, Senior Curator of the Mitchell Library in Sydney.

The book travels from Sweers Eylanden in Tasmania via the islands of New Britain, to Sweers Island in the Gulf of Carpentaria, with a detour to the world of Gullivers' Travels... Prof. Peter Saenger, whose History Notes on Sweers Island are well known by visitors to modern-day Sweers Island, says: "This book is a gem!" 48 pages with stapled cover, this booklet is richly illustrated with old charts and modern maps, and colourful vignettes by local Aboriginal artist M Henry, making it one of the best value books on the market today! So, if you would like to purchase a copy, CONTACT US and we will send a book direct to you. Recommended Retail Price is just AUD$19.95 plus postage. 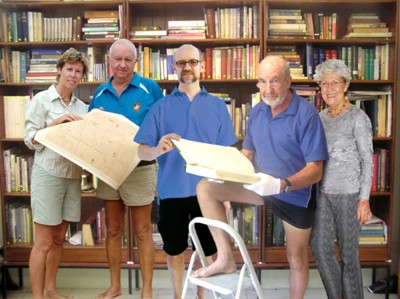 If you are descended from, or interested in the Sweers Family - you can read the extensive research by Carsten and Annette on their website HERE.

IMPORTANT INFORMATION! PLEASE ENSURE YOU READ THIS BEFORE YOU TRAVEL!